Car Battery Replacement at your home

8AM – 6PM Monday to Saturday

“The company responds within an hour and dispatches a mechanic shortly after with all the tools and parts required to repair the vehicle onsite.”

“InstaMek is an on-demand service that allows vehicle owners to request and schedule a meeting with a fully certified mobile mechanic.”

How much does a Auto Battery Replacement cost?

Fast and easy service at your home

Get a quote for your car

How do Car Batteries work? 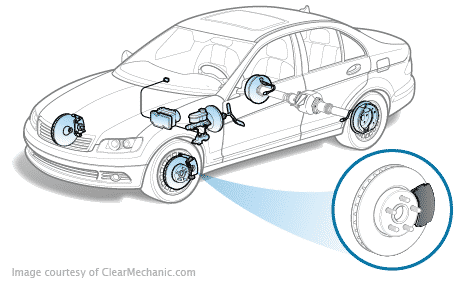 The majority of car batteries rely on a lead-acid chemical reaction to get things moving and grooving. These car batteries fall into the SLI category. SLI is the abbreviation of “Starting, Lighting, and Ignition.” It provides short bursts of energy in order to produce power for the lights, engine, and other accessories. Once the battery makes the engine jolt to life, power for the car is supplied by the alternator.

When to replace your Auto Battery?

How to change a Car Battery?

Is it safe to drive with a battery problem?

Yes, however, if you have a weak battery you might be left stranded somewhere if the battery dies completely and you cannot start your car. A faulty battery may also unnecessarily overload the alternator and could badly affect the operation of the vehicle’s electrical system, including the vehicle security system and the shift interlock.

Our Clients Say The Nicest Things

Dylan Stilwell
23:26 07 Dec 20
Called to get a battery replacement Doug was our service rep and it was done quickly and efficiently. Battery replaced in no time and car was ready to go. Saved me from calling a tow truck to deliver it to my dealership. Great service and pricing was good.

Meg
00:16 25 Jul 20
I've used Instamek a couple of times before and had Doug as my mechanic this time! He came and replaced my battery for me and was super friendly and fast! 5 stars to Doug!! My only issue is that instameks pricing is quite a bit higher than others for the same services!

Kim Brown
23:02 18 Jan 20
I really appreciated Doug from InstaMek coming and installing a new battery in our car (in -30, I might add) and getting the vehicle up and running. He came at the scheduled time and was thorough and efficient and I wouldn’t hesitate to recommend.

Joel Leclerc
23:00 18 Jan 20
instaMek came through in a pinch with mobile battery replacement during an extremely cold week in Calgary. Service was prompt, courteous, and on time and the whole experience was smooth from start to finish. Thanks!

Ray Vodden
04:23 16 Jan 20
The coldest day of 2020 in Calgary - battery died - messaged and quoted within 20 mins and scheduled that day - eta had to be put back but was informed which was fine - mechanic Doug was fantastic 10/10 very easy and reasonable price for service 🙂