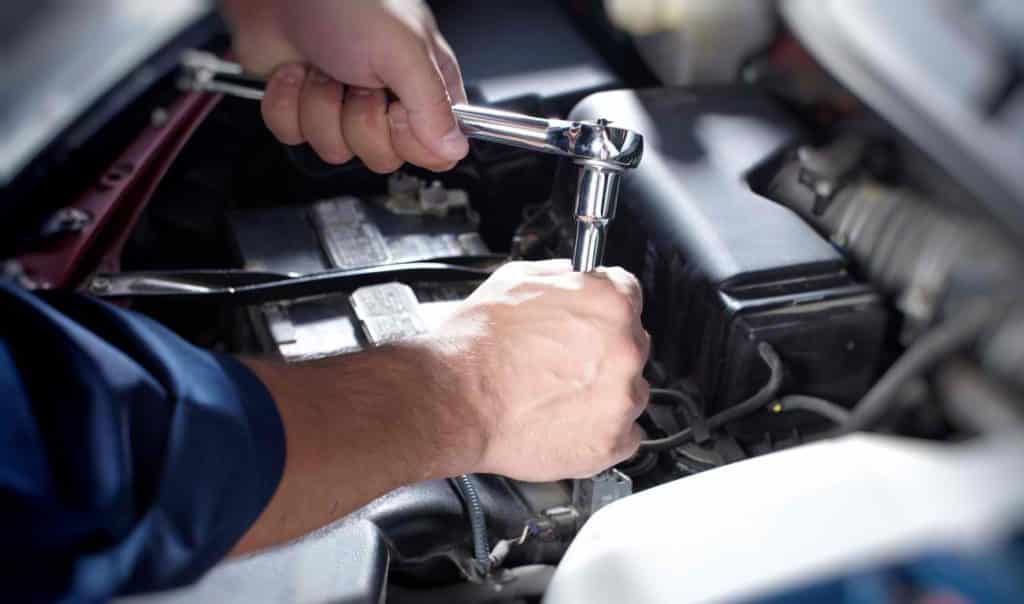 If you look at all the reasons why a car won’t start, it’s really a feat to see them starting all the time and so consistently. There can be so many systems at play but in general, it comes down to fuel, spark, and air. If one of those is missing then the car just won’t start.

Let’s deal with the easier of the two first.

If someone is not right then we can’t get the engine moving fast enough for it to catch fire. Let’s break it down.

If the battery doesn’t have enough voltage then it won’t be able to power the starter to the point where the engine can get going on its own. This is usually what happens when it’s super cold outside or if you’ve let the lights or radio run for too long. It can also die due to:

You’ll also know it’s the battery because when you try to turn the car on you’ll just hear one click and that’s it. This means that the battery is out because it doesn’t have enough power to keep trying the starter.

To remedy this situation here are your options:

If you tried the above steps and it’s not working and it’s still clicking, it’s most likely the starter.

If you try to turn the car on and it just continuously makes a clicking noise then it’s time to look at your starter.

A starter’s job is to take power from the battery and to set the engine in motion by moving the pistons/crankshaft etc. If the starter isn’t working correctly then it won’t move the engine enough for it to get going on its own.

The method commonly used to determine if the starter is the problem is to connect the positive terminal from the battery (use a cable if you have to) to the post on the starter that attaches to the solenoids. What you’re looking for is the starter to spin when attached – if it doesn’t then you know your problem.

The purpose of the starter is to push the Bendix gear on the end of the starter into the flywheel which turns the engine over. It’s an electromagnet actuated lever that can be bad as well. You can hear the solenoid by its clicking before it cranks the engine. When you turn the ignition key from off to on, but not start, you should hear 2 clicks from the solenoids.

This is probably the worst of them all, especially if you have an interference engine. You would need a mechanic to diagnose this, but a good starting point is to look at the records of the vehicle. A timing belt should be changed at around 100,000 to 140,000 km so make sure that’s true for your vehicle. For timing chains, they don’t need to be replaced regularly so in that case, the problem is usually deeper.

Additional Read: 15 Points to Remember for Routine Maintenance of Your Car

In this situation, when you turn the key on the engine tries to start but is unable to because of an issue with air or fuel.

If there is no fuel going to the car’s engine then it can’t start. This can be caused by not having enough fuel in the gas tank (always worth a check) to a faulty fuel pump, blown fuel pump fuse, plugged filter or line, bad rely on, failed PCM injector driver or injector power supply reliability. In some vehicles, it can even be caused by the security system.

For these situations, you’ll need a mechanic to find out the exact root cause of the problem as it can be multiple issues.

An engine is flooded when excess gasoline floods the spark plugs causing them to foul up and wash the oil away from the piston’s rings, reducing compression. This happens when you continuously crank the engine hoping it’ll start but never does.

If this is the case, you should give the car a few hours (4-6) for the excess oil to evaporate. In the future, it’s best to not continuously crank the engine hoping it’ll start because it can also make it difficult for the mechanic to find the root cause of the no-start.

If your car starts but stalls immediately – then there is a chance it could be due to a bad mass air flow sensor (MAF). The MAF is used to measure the amount of air coming in and is relatively easy to replace (in my vehicles).

The above is a good starting point to find out why your vehicle isn’t starting – but there can be a lot more reasons why and the best way to determine the root cause is through the process of elimination.

If you live in Edmonton, Calgary, or Vancouver then you’re in luck because with instaMek our expert mechanics will come to where your vehicle is.

We will perform the diagnosis and the repair so you don’t have to worry about towing the vehicle to a shop, which is just a huge hassle.

Additional Read:  Why Buying a High Mileage Car is a Great Idea

Buying a car is one of the biggest purchases most people will make in their life. Understandably, choosing which car to buy is an important decision. Nobody wants to get stuck with a lemon, or end up being “taken for a ride” by a shady car salesman. Doing a thorough inspection of a used car…

If you drive a car, you’ve probably heard that you’re supposed to change your oil regularly hundreds of times. That is because changing your oil on a regular basis is the most important routine vehicle maintenance there is. Properly scheduled oil changes are crucial in keeping your car running properly. An oil…

As a car owner, it can be incredibly frustrating when your check engine light turns on. Knowing about your vehicle’s check engine light and OBD (On–Board Diagnostic System)—what it is and how it works—will go a long way in saving time and frustration when problems do come up with your car. What should you do if…

Purchasing a used car can be a good option when you’re looking for a quality vehicle without having to pay a high price tag. While a used car can be a sensible option, buyers still need to take one more important step before making the purchase – A pre-purchase inspection (PPI). A PPI is a…

A vehicle engine is a complex assortment of parts. It works like a finely-tuned machine, and to keep it running smoothly, it needs regular attention and care. The first indicator that something is wrong with an engine is the appearance of one or more trouble codes. Trouble codes are detected by the engine’s computer system…

When you drive a car over a period of time, there will be lot of wear and tear of car parts that follow. Moreover, replacing certain car parts every few years may seem costly or unnecessary, but these replacements can help to prevent larger  mechanical issues or even accidents in the future. However, knowing which…